Golf IT superhero Bryson was born

The story of digitalization of the whole training system in cooperation with the Czech Golf Federation. 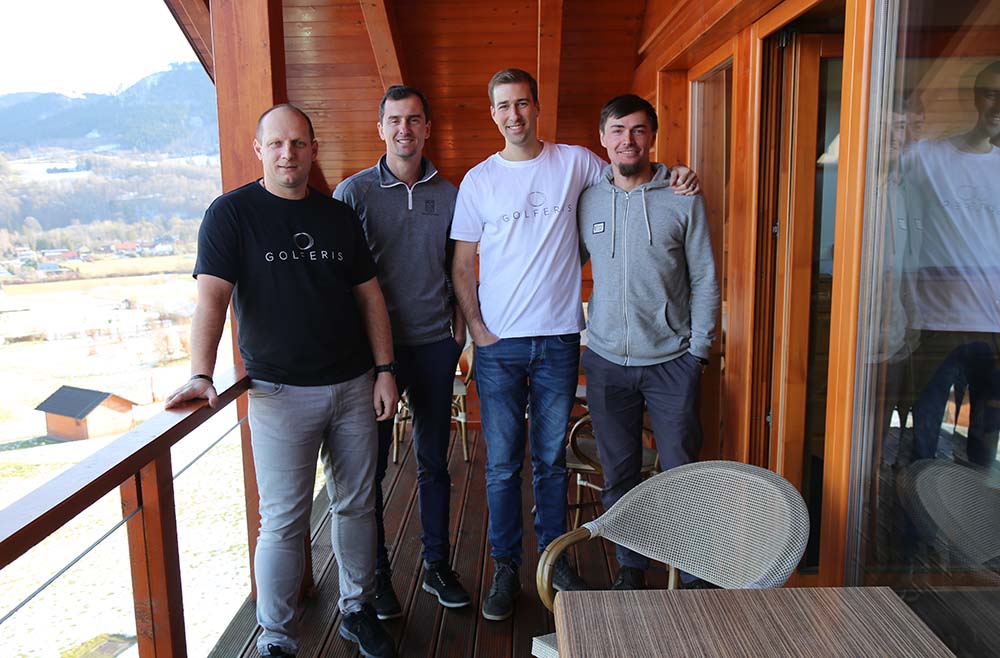 The digitalization of the training system story begins at the local golf course of Sokrates Golf & Country Club. Despite the fact that the location is far from the big cities, many great ideas in the Czech golf were born there. Undoubtedly, it was not a coincidence. Vlastimil Štefl, the manager of the golf club was always keen to seek innovation in his job and when he met Tomáš Vrbický, a member of the club, passionate golfer and IT specialist, things started to happen.

Initially in 2016, Tomáš developed GolferIS, a specialized CRM system for Golf Clubs that is currently being used by more than 60 Golf Clubs in the Czech Republic and Slovakia.After the success with GolferIS, Tomáš decided to develop an application that would connect the players, parents, coaches and management of the junior golf academy in the club. He is a parent himself and his twin girls, Sára and Tereza, are members of the academy. He built the TCM.golf app based on his own experience as a parent and also based on the requirements of the coaches and management of the Club.In the spring of 2019, the first three Clubs started to use the TCM.golf application. This later enabled the further development of the app in early 2020 based purely on the feedback of the users.2019 was also the year when Jiří Novosad decided to join Tomáš Vrbický in his business to pursue a unique idea. Jiri was convinced that the TCM.golf application is a tool that is missing globally in the world of golf.Up to this point, there was still no mention of the Bryson app.

What led to the birth of Bryson

In the same year that Bryson DeChambeau won the US Open, the Bryson app was born that spring just a few weeks before. The Bryson app completed the process of digitizing the complete training system in the Czech Golf Federation from the bottom right to the top. How did it all happen?First of all, the Czech Golf Federation decided to subsidize 100% of the costs for using the TCM.golf app for each Golf Club with the highest status of junior development (30 clubs, 1,500 players, 100 coaches). They also made it obligatory to all those clubs to use the app for their junior development program. That was a revolutionary step that enabled the transformation to the digital world.The Czech Golf Federation had two main goals that led to this brave decision. Firstly, the will to work with sports data systematically and use it to further a player’s development. Secondly, they wanted to get more detailed and precise data about the organization of junior programs in each club. Thanks to pursuing these goals, they could fulfill the reporting requirements of the National Sports Agency that is allocating the subsidies to each sport in the country. This resulted in more money for the players’ development and their goal of getting more precise data and reporting.

The stage is set for Bryson

Immediately when the Clubs started to use the TCM.golf app, we suggested to the Czech Golf Federation that they should use a similar solution for their own agenda for the teams at the regional and national level. We did not stop at the easy option of just giving them TCM.golf to use. Instead, we started to develop a new application of which the TCM.golf solution and features were at the core. We gave it the name Bryson and we integrated the app to connect with every single TCM.golf app.And the result? The two applications working together opened up tremendous opportunities!

A brief case study that will make things clear

If the TCM.golf app was able to connect the players, parents, coaches and management of a Club and gather the information in one place, what could Bryson possibly do more?Bryson, on top of the TCM.golf app enables you to add the connection of the staff of the national governing body to the data of a chosen player. Let’s take the following example:You have a junior that starts to play golf in a local club at the age of 9. The club is using the TCM.golf app and, therefore, the junior golfer is able to have all of his/her training journal, training statistics, injury updates, coach’s comments, and much more in the app.The junior golfer is doing well and at age 12 is promoted to the regional training group in his/her age category. The junior golfer keeps training in his/her Club with their personal coach. At this point, they would also get an invitation to the Bryson app. The regional coach and other staff involved are using the Bryson app and through it they can view the history of the player’s development in their TCM.golf app. When they plan an event, such as a training camp for the regional group, the junior golfer will find an invitation in their TCM.golf app.When the junior golfer is finally promoted to the National Czech Golf Team at age 18, the whole history of their development goes with them and can be assessed by the National Head Coach and other members of the team.

I am sure now that you can clearly see the potential benefits of using the combination of the Bryson and TCM.golf applications. The two applications together provide a solution that brings the possibility to start thinking about the player’s development in a very new and exciting way.I am happy to say that several national governing bodies, Golf Clubs, universities and other golf institutions around the globe are starting to use our solution. After two years of development, we still feel that this is just the beginning. Based on the feedback and ideas from our users that we collect, we work tirelessly on the further development and enhancement of our applications.It is fair to mention the help of the Sport Manager of the Czech Golf Federation Petr Šavrda. Petr gave us a valuable information regarding the process of player´s development which we used when designing some of the features

Would you like to read another incredible success story from the world of golf?

Read the interview with Filip Bubrle, the CEO of Golf Geum Technology. Because the golf trolley from his design – manufacturing studio is starting to get into the sportight in the world of golf.

We use cookies on our website to give you the most relevant experience by remembering your preferences and repeat visits. By clicking “Accept”, you consent to the use of ALL the cookies.
Cookie settingsACCEPT
Manage consent

This website uses cookies to improve your experience while you navigate through the website. Out of these, the cookies that are categorized as necessary are stored on your browser as they are essential for the working of basic functionalities of the website. We also use third-party cookies that help us analyze and understand how you use this website. These cookies will be stored in your browser only with your consent. You also have the option to opt-out of these cookies. But opting out of some of these cookies may affect your browsing experience.
Necessary Always Enabled
Necessary cookies are absolutely essential for the website to function properly. This category only includes cookies that ensures basic functionalities and security features of the website. These cookies do not store any personal information.
Non-necessary
Any cookies that may not be particularly necessary for the website to function and is used specifically to collect user personal data via analytics, ads, other embedded contents are termed as non-necessary cookies. It is mandatory to procure user consent prior to running these cookies on your website.
SAVE & ACCEPT