Two weeks ago, I didn´t have a clue, that the profession of golf performance data analyst actually exist. Today, I am thrilled that we are at the beginning of our cooperation with Jarmo Alapirtti. Jarmo has a vast experience in this field with the top amateur and professional players, including a European Tour winner, Sami Välimäki. I believe that it is the missing piece in the puzzle of our features and services that should lead to the increased efficiency of the development of each individual player. 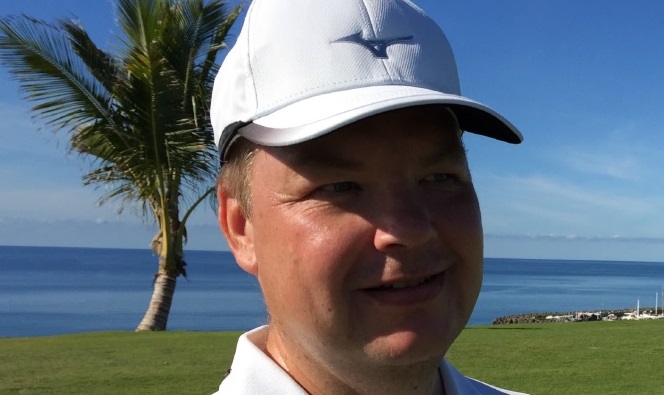 Hi Jarmo, there are tens of thousands golf coaches and teaching professionals worldwide, but not many golf performance data analyst. Can you explain the importance of your expertise for the performance development of a golf player?

I had a discussion with a coach last week, and he said it clearly: ” I can see how player’s technique and skills improves in practice tee, but you can tell me, how the player can utilize those skills in competition ”. Additionally, I am helping to identify, what are players strength and weaknesses and how player can create competitive edge in comparison to other players.

Could you describe the way you work with players? What can they expect from your cooperation, and are their coaches also part of the process?

The process itself include analyzing the statistics, making a report and going through them with player and coach.  Stats and performance analysis report goes through every facet of the game, pinpointing player’s strengths and weaknesses. 60 min. A call / online meeting with me, player and coach to go through the report is included in the service.
There are basically two different ways, how I work with players and coaches. With most of them, I’m reporting and going through the stat results with both player and coach. In some cases, player doesn’t want to know too detailed information. Then the players role is just input the data to stats system and I will report and go through the results just with the coach. Then it is coaches decision, how to implement information to practice and game strategy.

During your career, you have been working with many successful players over the years. Could you mention some of them and perhaps explain how the small details you were able to identify from the data helped them to improve their performance?

Sami Välimäki got a hot start in his first professional year 2019. He won four times and got Eeuropean Tour card from the QSchool. His game developed a lot in that year. After a bit rocky start in European Tour, he quickly got better results. In early 2020 his stats were fantastic in tournaments in Australia and South Africa, except his putting inside 4 meters. Before of couple tournaments in the Middle East, he had practice week in Dubai with his coach. After we had gone through the stats with his coach and told that everything else looks so good, that he could win if his putting inside 4 meters would be just as good as average tour player. The coach decided to dedicate practice time mostly getting that putting better. They worked hard and rest is history. Next week, Sami won his first European Tour tournament in Oman.

I believe that it is valuable to have some experience outside golf. You have a strong background in ice-hockey, where you worked as a coach with some of the best talents in Finland. Is it something that helps you when working with golfers? And what is the difference in the “scientific” approach to coaching in golf and ice hockey?

In ice-hockey in early 1990s, started a lot of scientific research how to use the data and statistics to determine, what are the most important situations to win the game. Before that, most of the research has concentrated to individual players physical and playing skills.
I have seen the same kind of change in golf in the last ten years. Before that, there were research of players physics and golf swing. Firstly, Trackman and other launch monitors changed ball flight laws and how to analyze golf swing. Secondly, PGA Tour started to gather information from the course. They have now tracked almost  every shot hit in PGA Tour events in last 20 years. That information changed understanding, what parts of the game affect most the score. After that, gathering the data to different stats systems in every tournament level has grown explosively. Today, the vast majority of the top players have a performance analyst on their team. They use that data to track strength and weaknesses. But today, the main use of data is to quantify the quality of decisions made on the course. If the best players of the world try to use the data to make them even better, how do the players who aren’t yet in that level, afford not to use the data to get to the top?

You have already analyzed one of the best talents we have between the users of Bryson. Thanks to that, you were able to learn how Bryson works and what the app offers to the players. Could you say just briefly, what impression did Bryson make on you? Specifically, I am interested in what is your opinion on the possibility to analyze not only game stats, but also the practice data of the players.

I have tested many and currently using several statistic systems. The clear strength of Bryson is gathering all the information from practicing to game statistics into one place. As I have understood, the software is quite new and will definitely advance even better. The statistics part of Bryson have a lot of valuable details and I believe there are good possibilities to develop it even better in the future.

Thanks for your time and I look forward to our cooperation. To find out more about Jarmo, click on his golf performance data presentation. 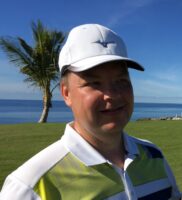 As a teenager I played ice hockey in national junior level. As I started my studies to M.Sc. In Economics, I started coaching ice hockey. In a couple of years I had gone through highest level of coaching education in Finland and coached top teams in Finland in U16 to U20 ages. I had a privilege to see future NHL and national team players. Their determination and work ethic has influenced greatly to all my life and ways of doing what I do.

After graduation, I worked fifteen years in various management roles in banking and finance industry. Later I have worked as an entrepreneur. My business has been management consulting, and I am still doing that.

I started to play golf myself and got exited to learn to be better. Soon I realized, that nobody has been able to tell me, what things are important to lover my score (except working hard, which is still most important). Also, how my decisions affect my score and how can I learn to make better decisions. How can I track, am I improving? I decided to learn all of that. Thankfully I met players and coaches which encourage me and were willing to work with me. Now, after seven years of doing that, I have learned a lot and seen what great players are doing. I still try to be better tomorrow, what I am today. All that knowledge and data doesn’t do anything, if it is not used a way it will change behavior. ”To change behavior, You first have to get new information. That information should affect You in a way, that You have some emotions. Those emotions should drive You to take actions. After those actions, You may have learned something new. Be curious, make actions, learn and repeat the cycle.”

To find out more and start the cooperation with Jarmo, click here!

We use cookies on our website to give you the most relevant experience by remembering your preferences and repeat visits. By clicking “Accept”, you consent to the use of ALL the cookies.
Cookie settingsACCEPT
Manage consent

This website uses cookies to improve your experience while you navigate through the website. Out of these, the cookies that are categorized as necessary are stored on your browser as they are essential for the working of basic functionalities of the website. We also use third-party cookies that help us analyze and understand how you use this website. These cookies will be stored in your browser only with your consent. You also have the option to opt-out of these cookies. But opting out of some of these cookies may affect your browsing experience.
Necessary Always Enabled
Necessary cookies are absolutely essential for the website to function properly. This category only includes cookies that ensures basic functionalities and security features of the website. These cookies do not store any personal information.
Non-necessary
Any cookies that may not be particularly necessary for the website to function and is used specifically to collect user personal data via analytics, ads, other embedded contents are termed as non-necessary cookies. It is mandatory to procure user consent prior to running these cookies on your website.
SAVE & ACCEPT